The Realities of Breastfeeding 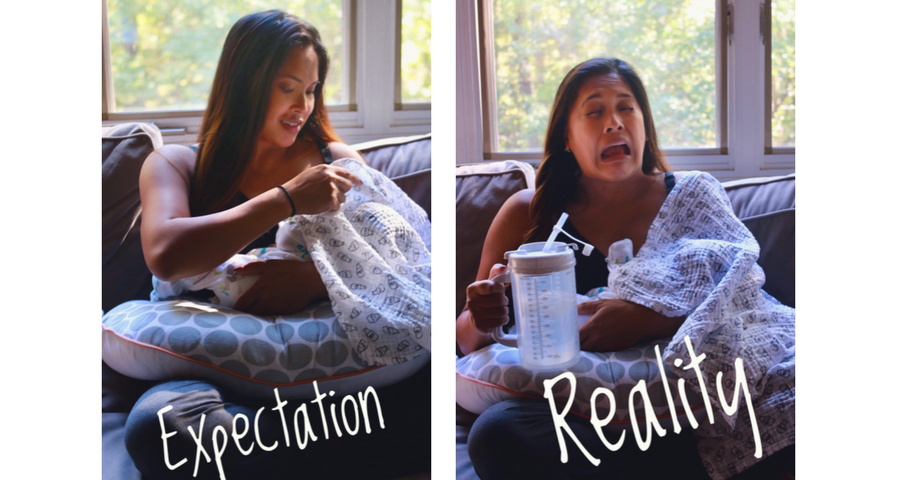 Breastfeeding has a multitude of benefits for both baby and mama, but sometimes I feel it has been overly romanticized without all the truths being exposed… Like being sold a product and not reading the fine lines at the bottom until you’ve already bought it. I decided to write about this topic because there’s a lot that is taboo when talking or learning about breastfeeding. Don’t misconstrue my position: I am still very PRO- breastfeeding. However, there are things I wish I had known going into it the first time that I didn’t find in my guidebooks (I probably should have checked a mom blog first!).

Ok so the contrasting photo is a bit overdramatic…or maybe it’s spot on. It definitely depicts how I felt the first week of breastfeeding, both my second baby and my first. I feel comfortable talking about it now, because I have two experiences that solidify my feelings about breastfeeding. Back in 2016 as a first time mom, everything was very new and scary, and I had to google “Is ___ normal?” a LOT! Now that it’s my second go-around, I have a renewed perspective. As my usual disclaimer: I’m not a breastfeeding expert, just purely my personal experience…and also commiserating with other mamas who took the BF-ing route.

It’s not an easy, pain-free road

I read in many resource books/websites that “breastfeeding should/does not hurt”. Well that’s a load of cow patty if you ask the majority of BF-ing moms. The first week or two of breastfeeding is really tough pain-wise.  First off, the lower part of your body is healing from a tiny human being expelled or extracted from it.  You start making that liquid gold milk that is called colostrum in the first few days. But by day 3 (for me it was day 4-5), your milk starts to come in and your boobs become engorged. OMG! I didn’t know how excruciating it would be to have them feel hard as rocks. Talk about uncomfortable!
PRO TIP: Try nursing in different positions, pumping between feeds, warm compress before feeding to let down the milk, cold compress to ease the swelling, hot shower, massage, praying etc. More engorgement tips here.

Another source of discomfort/pain that I didn’t know about was uterine contractions, or afterpains, while you nurse. Just when I thought I was done with all the contractions in the labor phase, here they were! Thanks to the oxytocin hormone, every time you feed your little human for the first few days/weeks, your uterus contracts and slowly shrinks back into your pelvis, which is called involution…and it is pretty uncomfortable. However, this does also help to slim down your tummy a bit faster. So with each painful contraction as baby sucks, my mantra in my head is “I’m getting skinnier, I’m getting skinnier!” (it’s my weird way of coping).
PRO TIP: placing a warm compress on your belly during feedings can sometimes ease that contraction pain.

The last source of pain is at exit site: nipple pain. I swear these tiny babies are piranhas in disguise. A lot of first time moms have issues with their babe’s latching on properly, which can be a prime issue with effective breastfeeding. There are plenty of good sources for how to latch, including these sites: . Even with the perfect latch, your nipples get pretty raw after a day or two of nursing. The lactation consultant recommended using lanolin cream on them. My first baby didn’t like the taste of it and refused to nurse, so that wasn’t a great option. Either way, I’ve been bracing for the 15 seconds of toe-curling pain with each latch and swearing under my breath…similar to when Steve Carell gets his chest waxed in 40- year old Virgin.
PRO TIP: Offer the side that hurts the least, since little hungry hippo will chomp down hard at first latch. Tips on relieving nipple pain here.

Be prepared to spend most of your day nursing

When Chase was just born, the nurse offered to take him to the nursery so I could get some rest, and when she came back an hour later saying he was hungry again, I definitely had a WTF look on my face.I don’t know how I glazed over this when initially reading up on breastfeeding. I knew newborns fed every 3 hours or so, but sometimes the little ones clusterfeed EVERY hour or MORE (I like to refer to this as a clusterf**k).  So pick a comfy spot in your house and surround yourself with the essentials: nursing pillow, water, snacks, chocolate, phone, some reading material or Netflix…you’ll be there a little while.

Blame it on the hormones

As blissful as it is/was to have a beautiful little newborn to cradle in your arms, the transition from pregnancy to having a newborn can bring about a rollercoaster of emotions.  Sometimes I felt like I was being a complete B* for no reason, with very little patience. Sometimes I felt like crying but didn’t know why. During the first week, every time I would sit down to nurse either Chase or Carter I would have this weird feeling of anxiety. I can’t even describe it, but it was very transient and would subside after he de-latched.  Well, there is a scientific reason for all of this: changing hormones or “the Baby Blues”. This is different than full-on postpartum depression, which is more serious of the post-partum mood disorders. After you give birth, estrogen and progesterone, which are prominent players during pregnancy, plummet below pre-pregnancy levels as oxytocin and prolactin increase. Oxytocin is the feel-good hormone that also stimulates uterine contractions and let-down response of milk and prolactin stimulates milk production. Not everyone responds the same way to these changes in hormones. These feelings only lasted the first week, but it was good to know a reason for why I was feeling the way I was despite being overjoyed. Baby Blues have been reported in 70-80% of partpartum moms, so you are not alone! My favorite article I’ve found on this is here.

What I did differently the second time around

Bottom lines: Breastfeeding is hard, and it’s ok to admit that. If it comes easy to you, you’re a lucky duck! Breastfeeding isn’t for everyone. Sure it’s an ideal, but “Breast is Best!” should be a retired slogan, or at least changed to “Breast is Best, for some” and I’ve even heard “Fed is best”. If you feel that you aren’t succeeding at breastfeeding no matter how many lactation consultants you call, cookies, tea or fenugreek pills that you consume and it’s really affecting you mentally, emotionally and physically… have a talk to your doctor and really consider whether it’s worth it for both you and baby. You’ve endured 9 months of sacrificing your entire body for this child, there is no reason for you to feel guilty as a mom if you can’t exclusively breastfeed your baby. And whether you know other moms who are choosing not to breastfeed at all or exclusively breastfeed until their child is 3, choose your words carefully because everyone has their own reasons. Be kind to your mind, your body and other mamas. Know that you are doing an AMAZING job no matter what!! 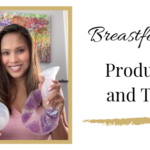 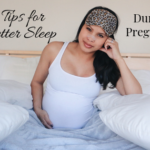 5 Tips for Better Sleep During Pregnancy 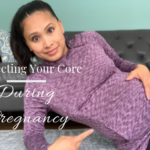 Protecting Your Core and Preventing Diastasis Recti In Pregnancy 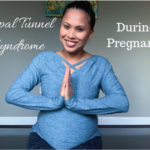